Weekend With the Boyfriends (and no dead bodies)

OMB, boyfriends!  Look who breezed into Phillyland on Friday, November 8! 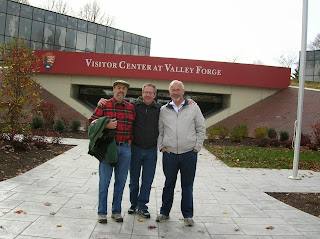 From left to right, Spo, Cubby, and Nate.  The terrible trio.  The three stooges.  Is Cubby the rose between two thorns, or is Cubby the thorn between two roses?  You decide! :-b

Anyway, I picked these dudes up at their hotel and the five of us (including spouse) went out to nosh on Philly cheesesteaks and water ice at this joint in mah hood.  After a delightful meal and conversation, I drove the boys back to the hotel.

Saturday morning we grabbed the boys (ooooooooooo, I WISH!  Scandalous!) for a day at Valley Forge National Park.  The pix above was taken in front of the Visitor Center, where we began the day by watching the intro movie and gathering information about the park.  Spo also purchased a present for Someone (but I ain't telling what it is!  No, it's not a "Billy" action figure dressed in Revolutionary War garb!).

I even got them to try another Philly food: hot fresh soft pretzels! 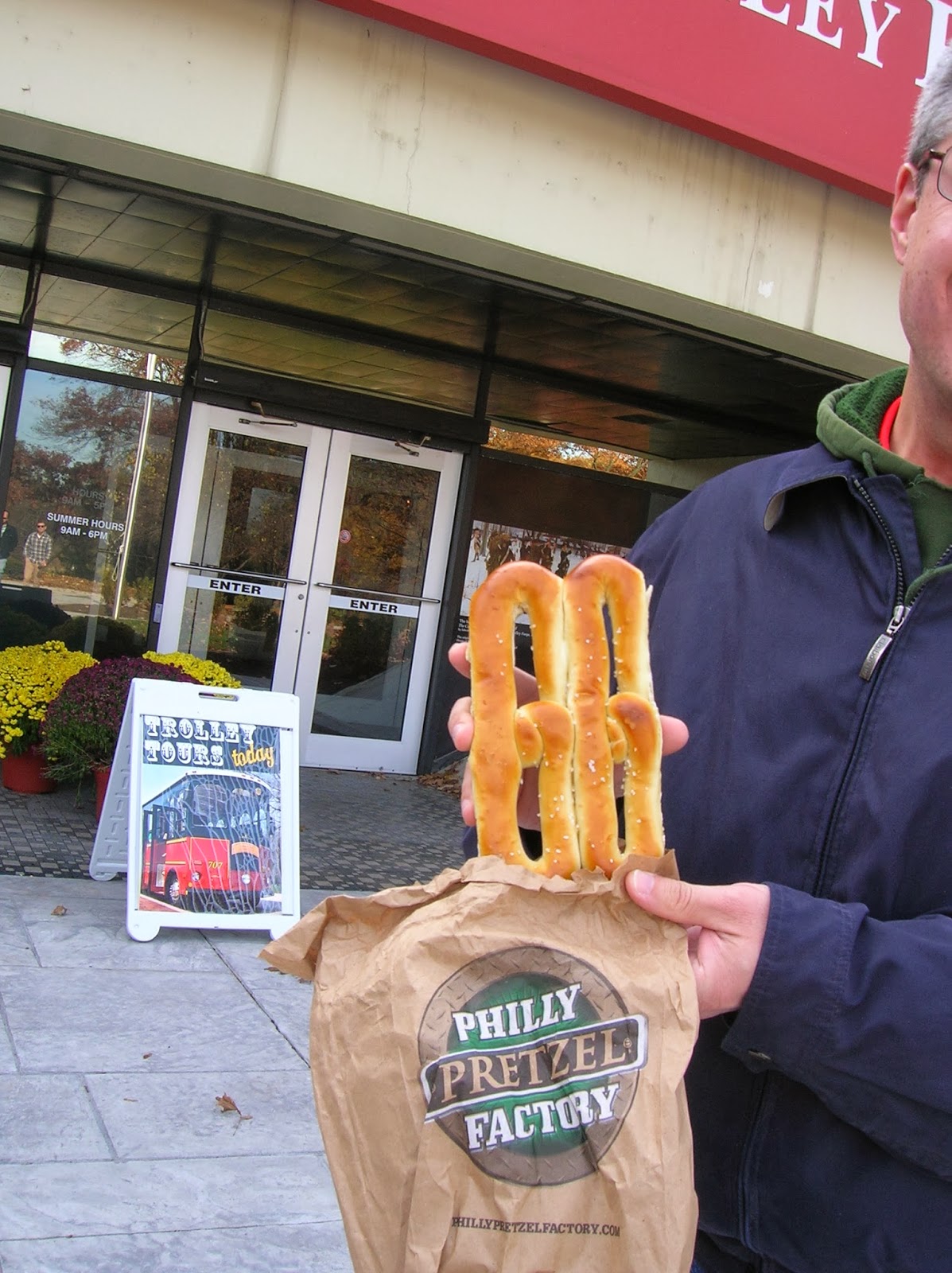 Our pretzels are oval and bloody tasty (no rubbish)!  Thanks to Cubby for being a pretty model!

Some of the local color in the park: 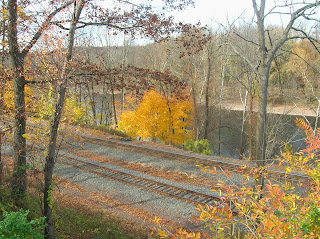 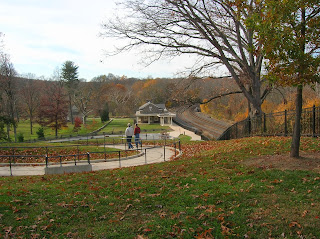 It was a cool but nice and sunny weekend for strolling (Nate and Spo above).  The fall leaves are still damn colorful (Spo wondered where all the cactus were).  My out-of-town guests were given a park grand tour; the boys took more pix than I did, but I can go here ANY TIME.

After the park, a lite lunch/drinks were procured from here.  We said goodbye, since the boys wanted to go back to the hotel and take a disco nap (!) before heading downtown to see birthday boy Ron and his new BFF Pat.

It's now Sunday, and the boyfriends are headed home.  Why?  Cause there's work to be done!  A jolly good fun time was had by all.  And we will see each other again in March at Blogger-rama II!