I know that several of my boyfriends like movies; here are some holiday gems, cause, well, tis the season.

Comment away - which have you seen/not seen, liked/hated, good/bad memories, acting, good/bad jokes, etc.  I am interested in your thoughts.

Scrooge (1951 version) - there is NO other version of "A Christmas Carol" that comes close!  I feel it captures the Dickensian times perfectly.

How the Grinch Stole Christmas - Boris Karloff was wonderful.  The rest, not so much.

Rudolph the Red-Nosed Reindeer - I used to feel like a misfit toy...until I got therapy.

Mr. Magoo's Christmas Carol - the song "I'm All Alone in the World" always makes me cry.  Yes, another therapy issue for me.

A Charlie Brown Christmas - you got it, I am the unloved little tree; another therapy issue.  Anyone else sense a pattern here? :)

Elf - Zooey and Will singing "Baby It's Cold Outside".

PS - the first person that mentions "It's a Wonderful Life" or "The Christmas Story" gets a boot to the head; they both suck ass!  Ain't I a bitch?!?
Posted by anne marie in philly at 9:07 PM 15 comments:

I thought I would steal this from jim.

Here are 5 things about me; which one is the lie?

Well well well! ALL of you are WRONG!

I do have a younger sister; she is 5 years younger than I. We are on total opposite sides of the fence: she is religious and rethuglican, I am atheist and democrat. She had a child, I have never given birth. She puts up with my sperm & egg donors, I told them to fuck off in 1990. She is divorced and never re-married, I am divorced and re-married.

THE CORRECT ANSWER IS #3.

I will never retire; retirement is not a word in my vocabulary; my house is mortgaged until I am 85 (and I am currently 58). Yeah, you see where this is going. Also, I cannot just sit and do nothing.

Thanks for playing along; I will do this again soon! :)
Posted by anne marie in philly at 8:34 PM 6 comments:

Email ThisBlogThis!Share to TwitterShare to FacebookShare to Pinterest
Labels: lies

Erik's Meme (from a girl's point of view)

I thought I would steal this from cubby.

Is your beard as soft as it looks? Is it due to constant maintenance, or is it naturally that way?

Does your area have a food or dish that it’s known for? Something that was invented there or that just isn’t the same anywhere else?

If money were not necessary, how would you spend your days? Where would you go to do it?

travel, volunteering (my, this requires thought; I've worked since I was 16)

Would you ever consider visiting Canada… as in Vancouver Island?

the whole of canada deserves exploration!

used to play piano (not well); I still sing (not well)

Do you swim? Was Jacques Yves Cousteau ever a figure of legend for you?

nope; I have a fear of water

Have you ever done drag? Do you ever *want* to do drag?

no; I was born this way hey!

How did you meet your husband? Where, when and what did you do on your first date?

a personal ad in a free weekly paper.  first date was to a music concert at a local club.

Have you ever had a cross-generational relationship?

How do you wipe your ass?

What is the worst thing you have ever done?

I never spoke up about the abuse I suffered as a child/adult; too late now since no one would believe me.

When you were little, what did you want to be when you grew up? How did those dreams change as you aged?

I wanted to be a paralegal.  I NEVER wanted to be a nurse/teacher/mother/nun (stupid catholic school education).  I am currently an office manager for a small manufacturing company; clerical work and I are a perfect fit.  the attention to detail and organizational abilities are in line with my zodiac sign (virgo).

What are you longing for?

something that doesn't exist; a utopia where I make all the rules

What are your small and large passions, the things that move you at a very deep level? Poetry? Sunrises? Sunsets? Kittens? The bite of the tattoo needle into virgin skin for the first time? Other?

NOT ME, BAYBEE!  I've opened up my eyes!


Since Bob said he loves key lime pie (see my last post), I thought I would put the recipe here so that he can make it for himself (and Carlos) by himself!

Email ThisBlogThis!Share to TwitterShare to FacebookShare to Pinterest
Labels: recipes

I hate, detest, despise turkey and ham and every other holiday meal offering described as "the best feast ever"!  Gimme chicken tikka masala with roti and jasmine rice; that's MY idea of a feast!

It was a clusterfuck week at work; next week (3 days) promises to be more of the same.  FML

Please send your healing thoughts/good karma to 2 of my boyfriends who are both undergoing a serious health crisis right now: Saint Lewis and Blair.

My spouse's BFF is paying me to knit him a poncho! :)

I like the way my homemade key lime pies with whipped creme stars turn out.

I am insanely jealous of Shawn from San Diego; he is meeting the great Dr. Spo today in Palm Springs CA!

It's 53 degrees and sunny today; it IS November, right?

I dug out the holiday cards last evening.

WTF? I go to the grocery store after the gym this morning, and the shelves are damn near bare.  Mind, it's Aldi's, so the selection is small to start.  NO FUCKING CANNED SHROOMS!  But I did get everything else I wanted, and spent only $99.

So the GOP can't figure out why Mittens lost.  I'll tell you why: the GOP is comprised of WASP str8 old MEN!  Guess they never heard of women, gays, ethnic people, young people.  And what a bunch of wining crybaby sore losers too!  The best candidate won the job - get the fuck over it!  And maybe they should figure out how to recognize the 47% of us; nah, that will NEVER happen!  Bill (traditional america) O'Reilly can suck mah balls!

Hey, dude in the flag sweatshirt with your 3 out of control crotchfruit in the grocery store: next time, leave the animals at home, mmmkay?  they were old enough (read: over 5 years old) to know how to behave.  Y U NO make them use their indoor voices?  Y U NO tell them not to run?  Y U NO teach them self-control?  Get out the ball gags and leashes!

I have taken to listening to the classical radio station at work.  Why?  NO FUCKING STUPID HOLIDAY COMMERCIALS!  Talk about assault and battery!

Hey, fellow co-irker, your kids are adults now.  Y U still want to run their lives AND get pissed off when they don't follow your "helpful suggestions"?  My egg donor was the same way...until I cut her off 24 years ago!  Fuck that noise!

18 months later, and I still enjoy going to the gym 3x/week.

Baseball season begins again in less then 90 days!  Y U NO come faster?

The laundry and vacuuming ain't gonna do themselves...guess I gotta get off my fat ass and go do the chores!

HAPPY THANKSGIVING TO ALL MY BOYFRIENDS!  I am grateful you are part of my life! Smooches! :)
Posted by anne marie in philly at 2:02 PM 22 comments:

"Celebrate"- because Obama won another term (suck it, redumblicans!) and because it's Ron's birthday!  WOO HOO!
Posted by anne marie in philly at 1:51 AM 12 comments:

Hurricane Sandy really put a hex on the east coast; my house escaped damage, but others...OMFB.  As of yesterday, my boss still did not have electricity/phone/cable/internet.  In speaking with someone in NY yesterday, she told me that a co-worker's house on Long Island was washed away; all that co-worker had was the clothes on her back.  And you think YOU have it rough!

I give thanks that all my DE boyfriends are safe after Sandy.  And now we know that sean is safe too!

Hey, bitch in the grocery store, ya think you could stop yabbing on your phone long enough to load the conveyor belt, pack your bags, and put said bags into your car?  AND your conversations were not in the least bit interesting; every fucking aisle I visited, there you were.  STFU already!

To all those people who bought up all the milk/bread/eggs, then lost electricity and the food spoiled, FUCK YOU for wasting food!

NJ gov Christie sucking up to Obama; I thought I had seen everything up to that point.  Oh yeah, Christie, rail against the man until last week, then suck his dick dry for federal disaster money.  Backstabber!

I think I overdid the leg exercises at the gym Thursday night; my knees and thigh muscles are still sore.

To paraphrase a song, "it's the crap, crappiest season of all".  I am starting to see more xmoose shit in the stores/ads/newspapers.  Makes me wanna rent a flamethrower!

I ain't a-buying many gifts this holiday season cause I don't have the cash.  Don't like what I give you as a gift?  Fuck you!  You're lucky if I give you anything at all!

Why no, I DON'T wanna hold your bratley or look at pictures of your derpina potty-training.  Get a fucking life; the whole world does NOT revolve around your crotchdropping.
Posted by anne marie in philly at 3:18 PM 12 comments:

I know that several of my boyfriends like comedy; hell, they think I should be a stand-up comedian myself!  Several of these movies have some great belly-shaking laugh lines.

So comment away - which have you seen/not seen, liked/hated, good/bad memories, acting, good/bad jokes, etc.  I am interested in your thoughts.


Caddyshack - "did somebody sit on a duck?"; baby ruth bar in the pool; "I'm all right, no body worry about me"


Groundhog Day - "I got you, babe"; IT'S GROUNDHOG DAY!; 19th century French poetry


A Funny Thing Happened on the Way to the Forum - "tragedy tomorrow, comedy tonight!"


Pee Wee's Big Adventure - "I'm a loner, Dottie, a rebel"; "the Alamo doesn't have a basement!"; how I wanted that sweet bike

Posted by anne marie in philly at 2:32 PM No comments:

"Everybody Wants To Rule The World" - for my USA boyfriends, 11/6 is VOTE DAY; vote as if your very life depends on it, BECAUSE IT DOES!  Just say NO to Mittens; we DON'T want him ruling our world!

For my non-USA boyfriends, bet you can't wait til this election shit is over; well, neither can we! 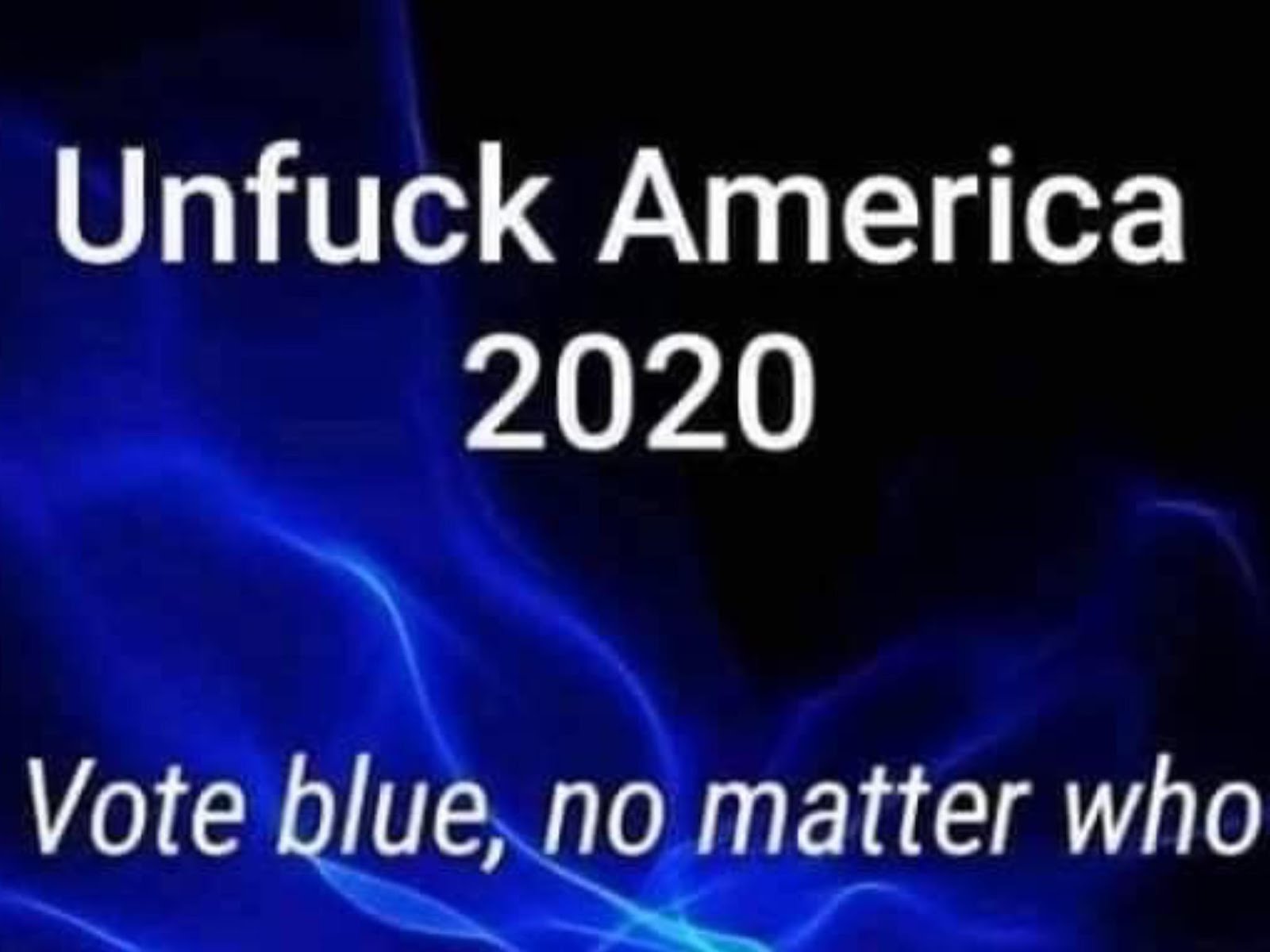 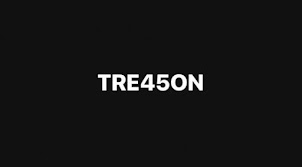